The Green Prescription – Exploring the Health Benefits of Forest Bathing 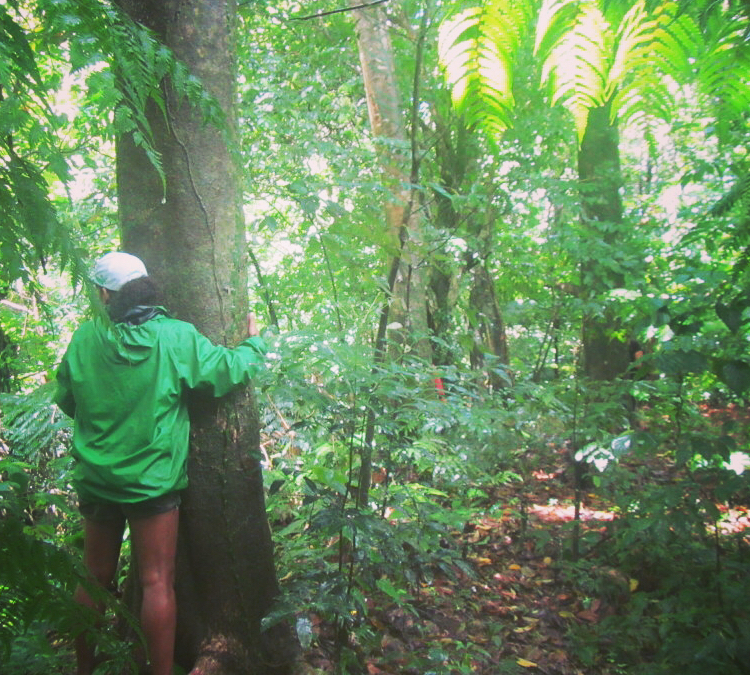 Anxiety, stress and depression are reaching epidemic proportions in the modern world alongside soaring rates of chronic physical sickness. Simultaneously, the lifestyle of the modern human is increasingly sedentary and urbanized with the majority of the time being spent indoors.

Could there be a correlation between a decline in health and the lack of time spent outside in nature?

According to a multitude of researchers who have been studying the human-nature connection, the simple answer is: yes.

It is now scientifically evident that disconnection from nature is a causative and aggravating factor in a vast number of health issues and even though the problems seem complex, the solutions can be very simple.

As simple as taking a walk.

In the 1980’s Japanese researchers began studying the effects of what they call ‘Shinrin-Yoku’ which has been translated into English as ‘Forest Bathing.’ This practice involves taking slow and mindful walks in natural areas, soaking up both the ambience and the phytochemistry of the natural environment.

In 1982, Japan’s ministry of forestry made forest bathing part of a national public health program and, since 2004, have spent $4million in researching the effects.

One such study measured the cortisol levels (stress hormones) of participants. The results showed that after walking through a forested area, cortisol levels dropped 16% more than when they walked in a cityscape. In addition blood pressure levels were also lowered after 15 minutes of walking in nature. 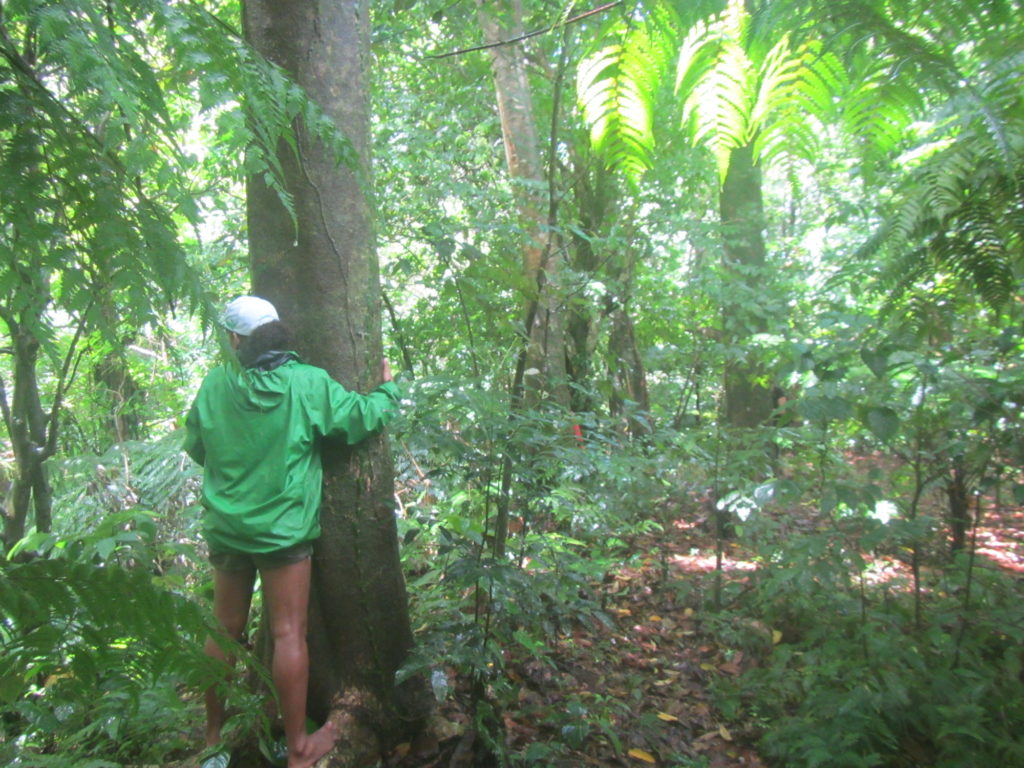 Based on these significant effects, recommendations were made for more research to be done into Forest Bathing as a form of preventative medicine.

Of particular significance are the increased levels of immunity associated with Forest Bathing that could be just what the doctor ordered for our modern immuno-compromised society.

A study conducted by Qing Li, M.D., Ph.D demonstrated that the phytoncydes naturally produced by trees as their personal defense against insect invasions and weathering are also absorbed by humans.

Just standing in close proximity to trees triggers the production of natural killer (NK) cells in our bodies, a type of white blood cell that fights cancer and tumorous growths.

The paper noted that “The increased NK activity lasted for more than 30 days after the trip, suggesting that a forest bathing trip once a month would enable individuals to maintain a higher level of NK activity.”

In addition to the physiological health improvements, time spent out in nature also enhances a range of cognitive and emotional functioning including our ability to pay attention, memory and creativity.

Nature also makes us kinder with one study demonstrating that levels of generosity towards others improve after time spent in a natural setting opposed to an artificial one. 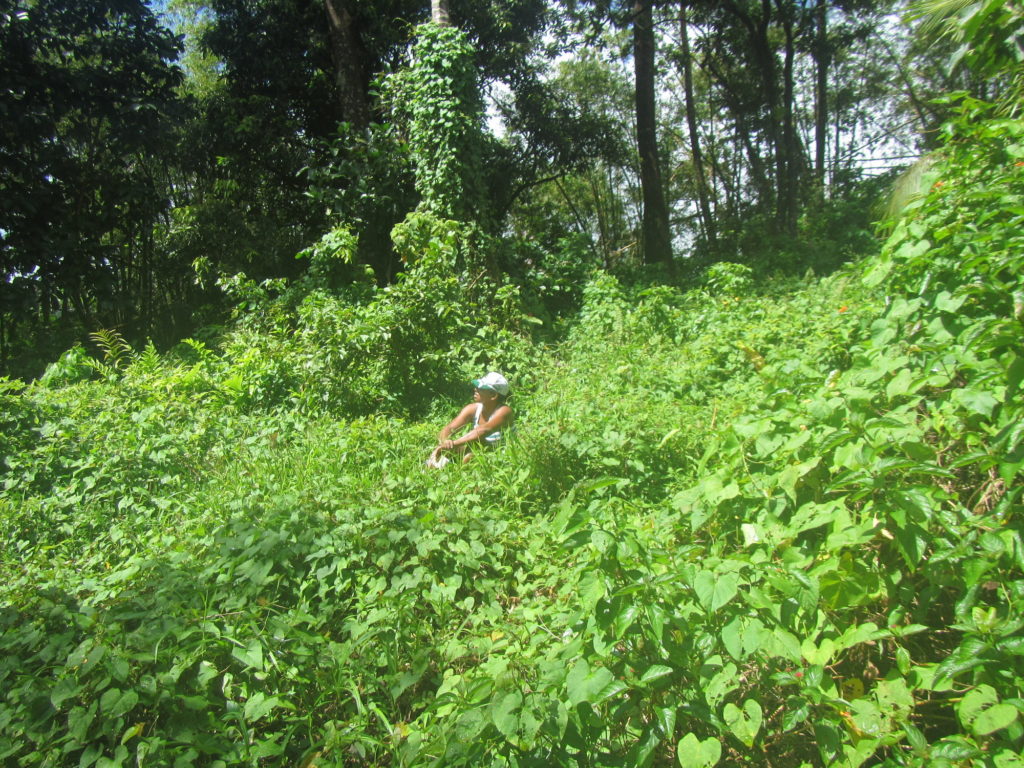 Even microbes in the soil have been shown to promote the production of serotonin in the brain and increase our levels of happiness and satisfaction.

Yoshifumi Miyazaki, director of the Center for Environment Health and Field Sciences at Chiba University, has meticulously studied over 600 subjects and published numerous reports on the measurable effects that Forest Bathing has on human health. Miyazaki also notes that on subjective tests, study participants also report better moods and lower anxiety and confidently summarizes that “stressful states can be relieved by forest therapy.”

Although Miyazaki uses high-tech equipment and thorough research processes, he believes that these effects can be simply explained, “Throughout our evolution, we’ve spent 99.9 percent of our time in natural environments,” he says. “Our physiological functions are still adapted to it so when we are exposed to nature, our bodies go back to how they should be.”

For many people, Forest Bathing – simply taking a walk in the woods comes naturally. What could be simpler?

Yet in recent years there has been a growth in the field of forest therapy or ecotherapy with guides who take people out on walks with specific mindfulness practices that increase the efficacy of the forest bathing experience.

Forest Bathing guides offer invitations that encourage participants to slow down, open up the senses and build meaningful connections with the rest of nature.

Amos Clifford the founder and director for the Association of Nature and Forest Therapy explains that “It’s not just about taking walks in the forest. The walks are important, but there are other core routines that we can do that will help in our deepening relationship with nature, and in the exchange of health benefits between humans and the more- than-human-world.”

It is a fast growing field of study and professional skills development because as with eating healthy and exercise, even though we know what is good for us we tend not to do it well by ourselves. 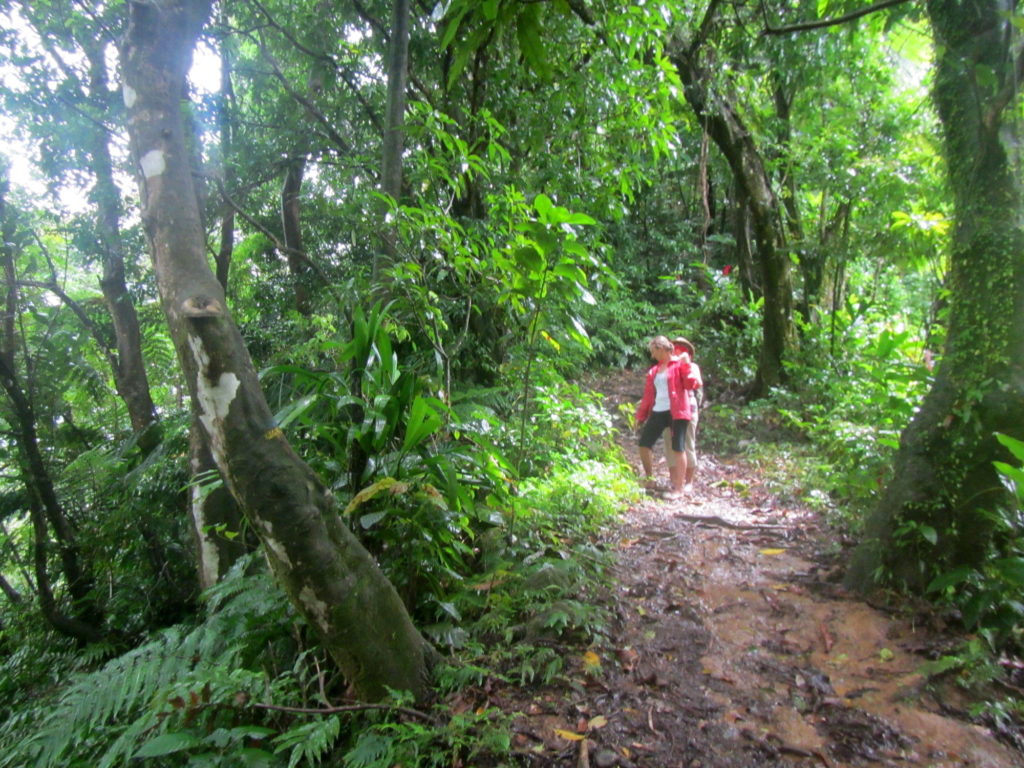 Forest Bathing groups have been forming around the world to offer regular sessions to stressed-out, technologically addicted city dwellers seeking respite from the non-stop pressures of modern life.

Forest Bathing sessions can be used as an ongoing health practice, similar to going to a yoga class, and form bonds of community and solidarity among otherwise quite disparate individuals. High-end spas have begun incorporating Forest Bathing alongside their menu of massage and other therapeutic services that are designed to release stress and enhance wellness.

Corporate wellness programs are also turning to Forest Bathing as a cost effective way to support the wellbeing of employees – decreasing sick days and health care expenses while increasing staff retention and productivity.

The group dynamic of Forest Bathing, which offers opportunities to share experiences after the activities, is a team building practice par excellence that makes its way back into the office environment for greater cooperation and synergy.

The skills learned during a Forest Bathing experience can be used in your normal environment and regular daily routine.

Guides offer suggestions on how to incorporate nature therapy into daily life with practices that can be used in the garden, in parks or even with houseplants.

And after the positive experience in the forest most participants are keen to make time spent outdoors a much bigger priority which is possibly the best and easiest prescription for a life of robust and vibrant health.

Terri offers Forest Bathing sessions in the rainforest of Dominica.

From June – October 2017 you can do a Forest Bathing experience with her in the UK. Contact Terri to find out more